Mexico City — It is Richer Than You Think 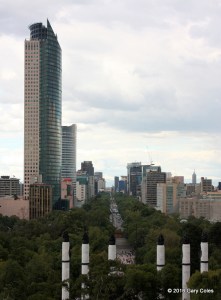 Mexico City offers many attractions beyond commerce.  It is reported to have more museums than any other city in the world.  The 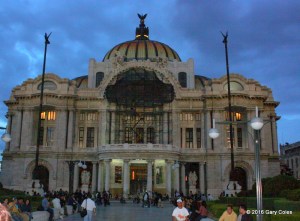 Museo Nacional de Antropologia is over 100,000 sq ft and is regarded as one of the best anthropology museums. Another great museum is the Museo de Arte Modern.  And there are at least 200 more. There is also the symphony, operas, sports, parks, traditional markets and luxury shopping. (Future posts will tell much more about this fascinating city).

As with every city, there are problems.  Mexico City has been known for years to have a pollution problem.  However, the city has become a leader in reducing pollution levels.  Some measures of pollution are as much as three times lower than they were 25 years ago.  Traffic and parking are a problem but the public transportation system is excellent and constantly improving.

One last thought,  the declining exchange rate of pesos to the dollar may impact retail growth, but at the same time, it makes Mexico very attractive to US citizens.